WHAT A CRIME OPPORTUNITY REALLY IS

Marcus Felson's Routine Activity Theory (RAT) crime opportunity theorem is wrong because it does not represent an opportunity.

A barrier to more effective crime reduction knowledge progression has been thrown up by two criminology theories/approaches: Situational Crime Prevention (SCP) and Routine Activities Theory (RAT). The problem is caused by the policy oriented popularity of SCP and RAT that is likely due in no small part to their simplistic and easily comprehendible, compelling, yet ultimately illogical weird focus upon describing the data of crime in ever more complex ways so that simple truisms about the scenes of successfully completed crimes and failed attempts (crimes of attempting to commit a crime) are placed in the spotlight and presented as a root cause of crime. Felson's simplistic notion of opportunity is, in fact,merely the very data that a true testable theory of causation could explain. Click here to read my online article that explains why.

masquerading  as causality is published in a peer reviewed essay (here). An earlier, very detailed, open access peer-to-peer article can be read here. 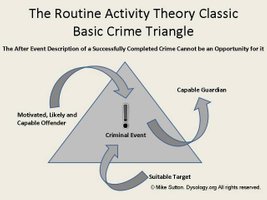 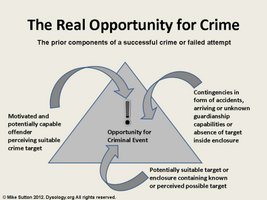 Felson's paradigm of crime opportunity is a mere description of the data of a successfully completed crime or completed attempt. Descriptions can not explain themselves. For that, we need a testable hypothesis that is either right or wrong. Felson's theory s a mere truism masquerading as causality.

Good explanations in science, including the social sciences, are those that are capable of being disproven and are hard to vary if so disconfirmed. 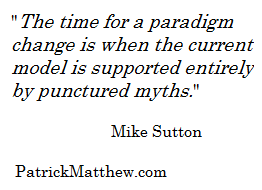 When respected skeptics deploy a myth to bust another myth, or else to support one, they create deeply entrenched fallacies known as supermyths.