Watch the above video on the worlds biggest science fraud.

Towards a science of veracity

Understanding and reducing the power of fallacies, myths and lies.

SupermythsWhen respected skeptics deploy a myth to bust another myth, or else to support one, they create deeply entrenched fallacies known as supermyths.

What does the disconfirming evidence for Darwin's & Wallace's so-called indpendent discovery mean. Click to discuss the League of Nerds Podcast on YouTube 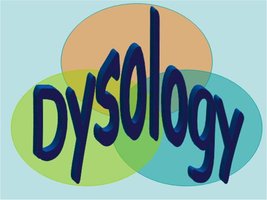 Letting scholars get away with publishing fallacies and myths signals to others the existence of topics where guardians of good scholarship might be less capable than elsewhere. Such dysology then serves as an allurement to poor scholars to disseminate existing myths and fallacies and to create and publish their own in these topic areas, which leads to a downward spiral of diminishing veracity on particular topics.

Bombshell Discovery: Charles Darwin and Alfred Wallace Committed the World's Greatest Science Fraud by Plagiarising the Entire Theory of Natural Selection and then Lying by Pretending they had no Prior-Knowledge of Patrick Matthew's Prior-Publication.

In 2014 big data analysis of the 30+ million books in the Google library project revealed that Darwin lied when he said that neither he nor any naturalist known to him had read Patrick Matthew’s prior publication of the complete theory of natural selection.

For the past 156 years the scientific community ignored the ancient Latin motto of the royal society – nullius in verba (on the word alone of no one)  - and simply took Darwin’s word for it.

Rather than no one reading Matthew’s book, as Darwin cliaimed in 1860, in fact at least 25 people read it, seven of whom were naturalists. Four of those seven were known to Darwin and Wallace and three played major roles at the epicentre of influence and facilitation of their pre-1858 work. One even edited and published Wallace’s famous Sarawak paper! Moreover Darwin told 6 lies to achieve primacy over Matthew and a computer assisted plagiarism check of the pre 1860 work of both Darwin and Wallace revealed striking similarities with Matthew’s prior published book of 1831.

The "New Data" facts, which the powerful "Darwin Deification Lobby" are seeking to suppress by engaging in classic "fact denial tactics" to mislead the public, have made it into a peer reviewed science journal. Read the latest peer reviewed science paper that proves Darwin lied, plagiarised and was most likely highly influenced by Patrick Matthew. Here

Explanations by Analogy have the Power to Change the World.

Read Mike Sutton's  2015 position paper on why the New Data means Darwinist beliefs in their namesake's and Wallace's so called "independent discoveries" of Matthew's prior published theory - whilst  surrounded by friends and associates who read it - is as improbable as The Virgin Mary supernaturally conceiving a child whilst surrounded by fertile men. Here